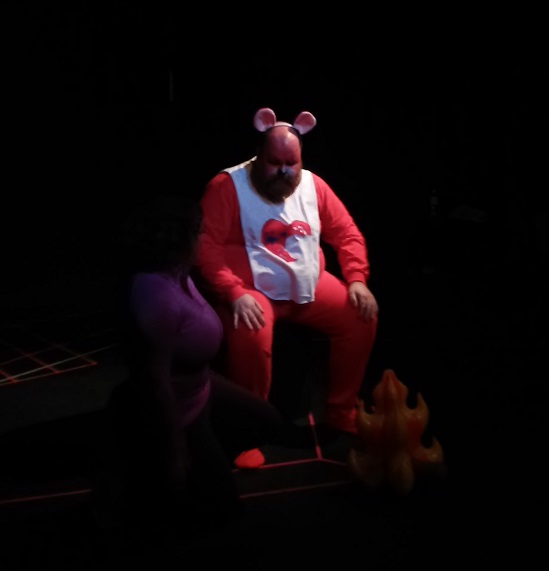 Thank you all for coming out to make World War Bee a success! We had a blast working on this one. For those of you who are interested in the behind-the-scenes magic, our Bear onesies were purchased from Big Feet  & felt emblems were crafted from supplies at Michael’s. We made the Bear ears and Pony ears based on templates found on Pinterest and YouTube. And finally, we know the question on every audience member’s mind: Were those fake Pony butts? Mate with me and I’ll tell you!! OK OK, yes they were fake and they were crafted based on this YouTube tutorial. I actually just free-hand drew the templates on a pillow case- 1 pillow case was enough for a full set (2 haunches & 2 buttcheeks) and they were fine under 2 pairs of leggings- no tights needed.